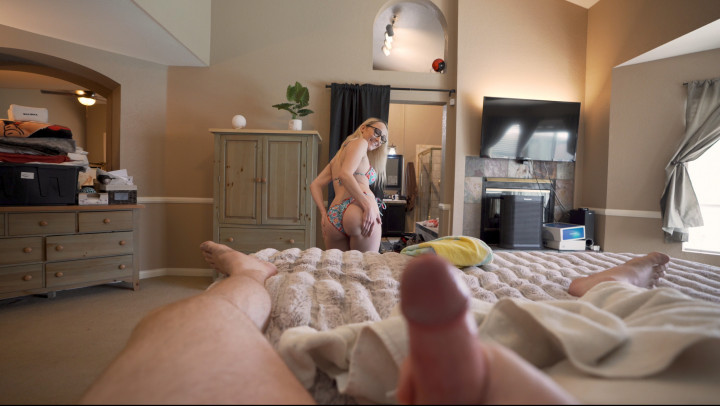 Moms Girlfriend Wants To Be Friends P 1
MILF, Cheating Wife, Cougar, Topless, Blowjob
Moms Girlfriend Wants To Be Friends Part 2
MILF, Cheating Wife, Cougar, CFNM, Handjobs
So after my mom told me and my dad that she was a lesbian and was going to be divorcing my father I was pretty upset. That was until my mom moved in with her new girlfriend crystal and then with their custody agreement I had to spend every other week at my mom’s and because she worked all the time that meant I had to spend all the time with crystal the girl who broke up my parents marriage. Needless to say I wasn’t a fan and I made sure she knew it I was just rude and obnoxious to her as any teenager could be. Finally after repeated attempts to try to get me hang out with her she asked me to come lay out by the pool and looking at her in a bikini I could see what my mom liked I of course told her no I didn’t wanna hang out and was gonna be in my room. I guess a little while later while I was jerking off thinking about crystal sexy body she decided to come try and get me to hang out with her again at the pool and walked in on me and heard me moaning her name as I stroke myself. I tried to cover up and she told me she was tired of me being a little shithead and said that she was willing to do a little favor for me if it meant I would be a little nicer to her. I asked her what she meant exactly and with that she told me To keep stroking myself while she did a sexy dance and posed in provocative positions in her bikini. So after I blew my load I made a point to be nice to her the rest of the day and today I heard her calling my name when she was in the kitchen. I went down to find crystal and of course like always my mom was at work so it meant it was just going to be me and crystal all day again. We chatted in the kitchen and she told me that the one of her favorite movies was going to be on, she told me the name of the movie and I knew it was a chick flick right away. I told her she did me the favor yesterday so I was trying to be nicer but I had no desire to sit through a chick flick todays. she thought about it for a minute and said what if she offered me another reward like yesterday and in return I could watch the movie with her afterwards. It took me about a half a heartbeat to agree to that and after I said yes she told me to go take my clothes off and wait for her in the bedroom. When she came into the bedroom I was of course sitting naked in the chair and she reminded me that what we’re about to do had to stay between the two of us which meant my mother could never know. I kind of felt OK about that since my mother had cheated on my father and I kinda thought this was just karma . I told her it would stay between us and then she lubed up her hands and started stroking me off! It didn’t take me long to blow my load and while I was cleaning myself up she said she’d go get the movie ready. That’s when I started to develop a plan and I thought to myself if I’m jerk every day and every day she has to reward me to get me to be nice to her I quickly realized I was going to be having some fun over the next few days. This is part 2 of My Moms Girlfriend Wants To Be Friends, this series stars Crystal Clark. This is a POV Taboo Milf Cheating Wife Cougar CFNM Handjob Scene.

Moms Girlfriend Wants To Be Friends P 4
My mom was at work so that meant I was home alone with her girlfriend crystal light normal. I was playing video games upstairs in my room when I heard crystal calling for me so I went downstairs and I found her sitting in the kitchen waiting for me. She told me to have a seat and she wanted to talk to me about something, when I sat down she asked if I realize spring break was coming up. I told her of course I did me and my classmates were heading down to Cancun and I couldn’t wait. She said she had heard I had plans but she said it would mean a lot if I could do a trip with her and my mom over spring break. My mom had been able to spend a lot of time with us lately and she felt like it would mean a lot if she could take both me and crystal on a trip. I told her I understood and then of course my mom probably felt guilty after cheating on my father with her and then not spending anytime with me whenever I was around. But spring break in Cancun was kind of like a rite of passage and there was no way I was going to miss out on girls in bikinis in the sand to go on a trip with my mom and her girlfriend. When crystal realized that trying to guilt me into going wasn’t going to work she said she would offer me something else if I agreed to go on a trip with them. I asked her what she was gonna offer she looked me straight in the face and said if I promised to go on a trip with them she would Fuck my brains out! Needless to say I was kind of shocked and I asked her if she was serious and she said yes, so I said can we do it right now and she said yes again and we went to the bedroom. Having my mom’s lesbian girlfriend suck and Fuck me all afternoon really made me OK with spending my spring break with her. we spent the next couple of weeks fucking every chance we got an even while on spring break every time my mom wasn’t in the room I was pounding crystal like crazy! This is part 4 of Moms Girlfriend Wants to Be Friends, this series stars Crystal Clark. This is a POV Milf Cougar Taboo Cheating Wife Nude Naked Blowjob Deepthroat Hardcore Creampie Sex Clip.